"Muslim women in hijab come to the fore"

News & VIEWS, dailymirror.lk, By H. Omer
First part of the article follows. Please read the entire article at the title linked above. 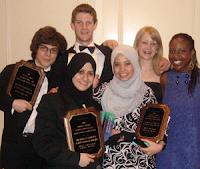 My eyes popped upon seeing the photos of the winners of the 1st and 2nd places for Oralists at the Jessup International Law Moot Competition for 2008. They were women, they were Muslim and they were in hijab. The ‘Jessup’ is the Olympics for law students and winning the prize for Oralist is like winning the 100 metres. Muslim women are now coming to the fore and doing it all in hijab. (photo here from the UCL Laws: News page)

Reflecting on this, one does wonder whether to say that the Islamic attire of hijab is backward or oppressive is one big, fat, pseudo-intellectual lie. If not, how does one explain the hijab clad Shaheed Fatima, the Human Rights Barrister, with a BCL from Oxford and a Kennedy Scholar to Harvard and the winner of the ‘Professions Woman of the Future Award’ at the prestigious Women of the Future Awards in 2007?

The hijab is a head covering worn by a Muslim woman, done as a requirement of her religion. No other female attire has been subject to so much scrutiny and of course criticism. To the critics the hijab is a symbol of patriarchy and oppression. A seeming critic, M.A. Nuhman in an article titled “Ethnic consciousness, Fundamentalism and Muslim Women” identifies the Purdah or the hijab as “a manifestation of the ideology of female segregation and subordination”. Given that the Muslim girl in hijab is now a common sight in schools and shopping malls, it is useful to examine the validity of these criticisms.

There is very little evidence that the hijab has stifled or restrained a Muslim woman from pursuing her goals and aspirations, as a person and as a woman. Well it has restricted her choice of wardrobe but what else has the hijab stopped? The interesting point is that hijab is worn by a Muslim woman when she goes out of her home, not when she’s stuck at home. Thus the hijab is a symbol of emancipation in itself.

Side note by me: if you've seen some of the previous posts here or blogs and websites elsewhere that show the incredible variety of modest, Muslim approved fashion out there, including the variety of headscarves and styles, I'm not sure it's fair to say the her wardrobe is "restricted" either.

"I cover my head, not my brain, says Turkish first lady" 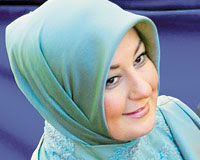 Hayrünnisa Gül, the wife of Turkish President Abdullah Gül, underlined in an interview with an English newspaper that it is her head she covers with the Islamic headscarf -- not her brain.

The first lady, who was interviewed by Janice Turner of UK daily The Times, said she did not believe headscarves should be forced on women. “To me, women should not be forced to wear headscarves. It would be hard to find anyone in İstanbul who would disagree with me, at least in public,” Mrs. Gül was quoted as saying.

"Whatever happened to freedom of religion"

In "mommuck, quamish, and such" at blogspot, the author reflects on the recent move in France to deny a Muslim woman citizenship on the basis of her wearing of the extreme modest clothing of her particular culture. Again, I paste here only a portion of the comments made; please read the entire article, which includes more information on the wearing of Muslim head covering and modest clothing, at the linked title here.

I myself find the burqa to be, in many cases, a symbol of the oppression of Muslim women. For many of them, especially women in Iran, the burqa (or chador, for that matter) has been forced on them by fundamentalist regimes. They have no choice but to wear the burqa, regardless of their personal religious views.

For many other women, especially the more conservative Muslim women, the burqa is a symbol of their modesty and chastity. It is t 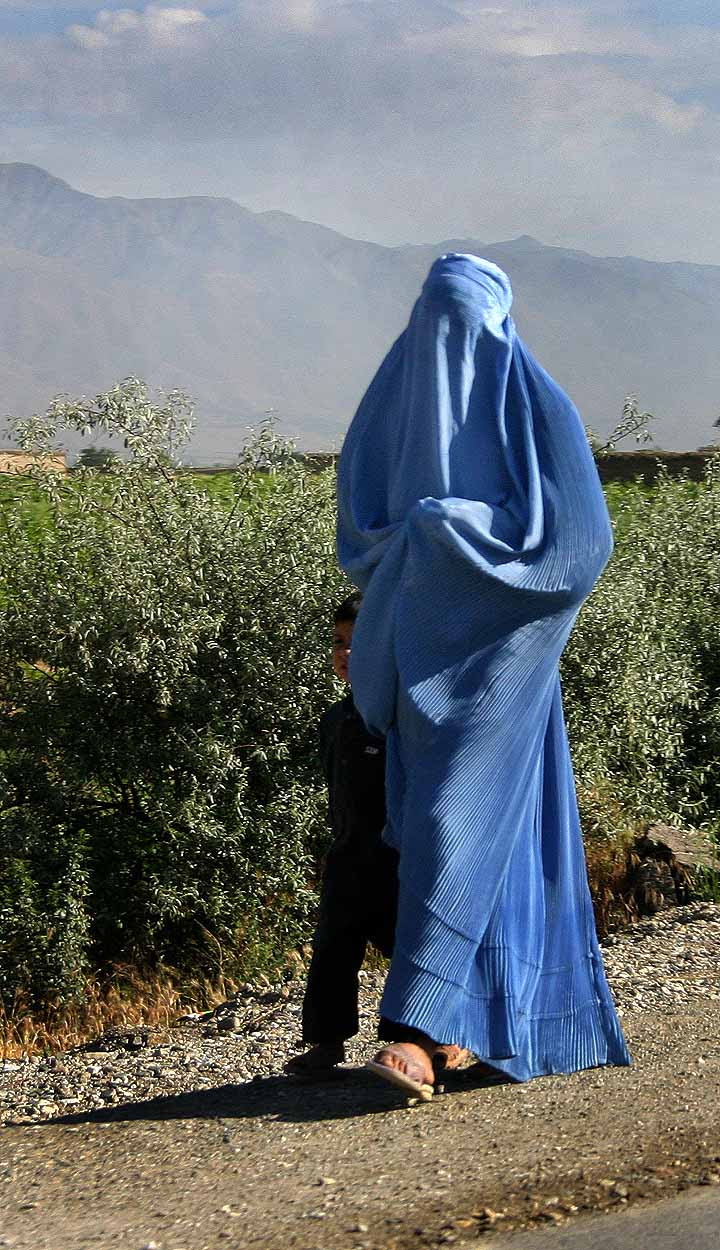 heir way of being obedient to what they perceive to be God's law. Whether of not I agree with their point of view is irrelevant; I believe that we should respect their right to practice their religion as they see fit.

So when I read that a woman in France was being denied citizenship for her religious practices, I couldn't help but be outraged. Yes, I know, it's France (maybe they never had freedom of religion). But still! This was done with complete and utter disrespect for a long-valued tradition based on a deeply rooted fear of Islam and anything associated fundamentalism. And it makes me very angry.


Also, read a follow-up article on the woman who was considered "too Muslim" for France.

More education on this topic is coming to the UK, and apparently the most necessary topic concerning Muslims is their headcovering. Notice the titles and first sentences by each of these correspondents in their articles covering this move:

Muslim panel to advise on rights and wrongs of veil, by David Barrett and Joe Churcher, of the Independent.co.uk

"The wearing of the Islamic veil will be one of the issues examined by a panel of Islamic experts that is being set up by the Government."

"A board of Islamic experts is to be set up with funds from the Government to offer advice to Muslims on issues such wearing a veil and the role of women in public life."

Read the above articles and judge for yourselves what this might mean.

Posted by LisaM at ThoseHeadcoverings at 10:45 AM

Quote from first article: "Reflecting on this, one does wonder whether to say that the Islamic attire of hijab is backward or oppressive is one big, fat, pseudo-intellectual lie. If not, how does one explain the hijab clad Shaheed Fatima, the Human Rights Barrister, with a BCL from Oxford and a Kennedy Scholar to Harvard and the winner of the ‘Professions Woman of the Future Award’ at the prestigious Women of the Future Awards in 2007?"

I agree! But I also think that a woman does not have to have a university degrees and a fancy career before she is considered "not oppressed." Even head-covered women who are housewives are just as free as the university educated career lady in a head covering. The idea that head coverings are *automatically* oppressive is so stuipd. Yes, some women around the world are forced to cover but just as many women, if not *more* women, feel forced to be uncovered due to cultural peer pressure and fashion! Just think of the women who feel "stupid" and are treated as if they are stupid if they wear long skirts and long sleeves! Oppression is found everywhere in every lifestyle, religion, or lack of religion. A modestly dressed woman with a head covering can oftentimes be much more "free" and "liberated" then a woman in a miniskirt and tank-top...

Thank you for posting these excellent points, coffee catholic!

Musings of a Creative Writer said...

Big thumbs up. I remember when I was a practicing Muslim (I'm deciding going back, when I move out), my mom HATED the fact I wanted to wear hijab. My mom's an atheist. Ironically, my Catholic grandma didn't mind it at all and was like, "Well, it is your faith."